Image uploaded by ⓥ. Find images and videos about book and harry potter on We Heart It - the app to get lost in what you love. 'Harry Potter The Daily Prophet Website' by no means tries to pass itself off as the official Harry Potter website, nor is affiliated or endorsed by Warner Bros. All trademarks and copyrights on this page are owned by their respective owners.

The Daily Prophet is the Wizard's authoritative daily newspaper. It is delivered by owl post in the morning, at a cost of (variously) 1 to 5 Knuts per issue. There is mention in Harry Potter and the Chamber of Secrets, among other places, of The Evening Prophet, which we presume is an evening edition of the same paper, and elsewhere of The Sunday Prophet which would of course be the weekend edition of the paper.

Beginner warning: Details follow which you may not wish to read at your current level. 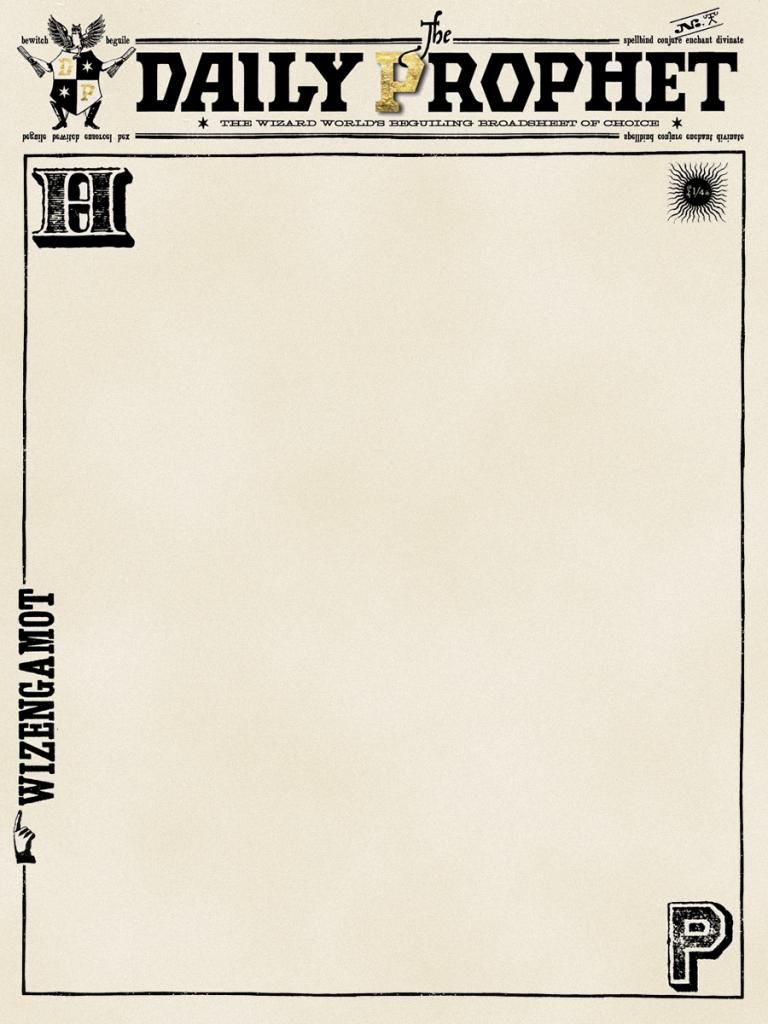 The Daily Prophet does tend to publish the Ministry of Magic's official line, rather than anything that would be controversial. Unfortunately, as far as daily papers go, it does seem to be a monopoly, so dissenting views have no way to get published except through tabloids like The Quibbler, which can be more damaging to their message than not publishing at all. 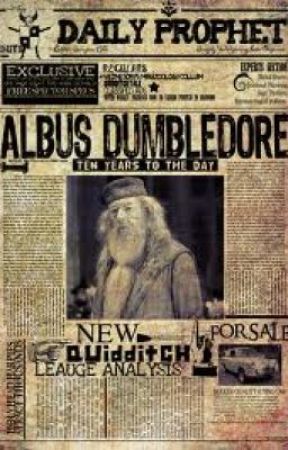 In the early books (up to the end of Harry Potter and the Prisoner of Azkaban), Harry and the Ministry of Magic are relatively closely aligned in their goals; so for the first three books, the Daily Prophet appears to be a simple news-gathering organ, and appears to function quite effectively in that role. The paper starts to be adversarial in Harry Potter and the Goblet of Fire, though there what we seem to be seeing is the uniform nastiness of a single reporter, Rita Skeeter, who seems to be happiest when she is doing a hatchet job on somebody. In that book, and apparently in Harry Potter and the Philosopher's Stone (based on Hagrid's comment 'Ministry o' Magic messing up again'), the target of the paper's reporting seems to be the Ministry.

It is in Harry Potter and the Order of the Phoenix that the paper seems to start diverging from its role as a news gatherer, and verging on propaganda. Harry has discovered an unwelcome truth (Lord Voldemort has returned); Professor Dumbledore, to the dismay of the Ministry, accepts Harry's story. Cornelius Fudge, then Minister for Magic, perceives that allowing this news to be disseminated will result in an end to his tenure. The Ministry, according to Rita Skeeter, leans on the Prophet to force it to print stories that would discredit Harry and Dumbledore, and thus weaken the effects of anything they might say in public.

As is so often the case in public life, when the pendulum swings, it swings rapidly and to the other extreme. At the very end of Harry Potter and the Order of the Phoenix, the cat is let out of the bag when a number of Ministry wizards actually see Voldemort physically in the Ministry offices, so that Fudge can no longer deny his return; by the start of the next book, Harry Potter and the Half-Blood Prince, the Daily Prophet is hailing Harry as The Chosen One who will defeat Voldemort. Again, Ministry influence is strong; they are building Harry up because their own efforts are pretty ineffectual (in the course of the year, apparently there are only about three arrests of suspected Death Eaters, none of whom are confirmed), and the Ministry feels, rightly, that they need a Hero. The Prophet is still acting as the mouthpiece of the administration. Whether it still carries any hard news at all is uncertain; certainly, anything that would discredit the Ministry is not printed.

However, during Harry Potter and the Deathly Hallows, the Daily Prophet changes register again: although it isn't seen many times – Harry reads Dumbledore's elegy, written by Elphias Doge, and several excerpts from Dumbledore's biography written by Rita Skeeter – it is mentioned on various occasions that the newspaper is siding with the Voldemort-controlled Ministry, and actually printing stories that show Harry and his friends in the worst possible light. When Remus Lupin appears at Grimmauld Place after the wedding, for instance, he shows the Trio an issue in which it is mentioned that Harry is wanted so that he can be questioned about Dumbledore's death.

Study questions are meant to be left for each student to answer; please don't answer them here.

Intermediate warning: Details follow which you may not wish to read at your current level.

Over the course of the series, the character of The Daily Prophet changes. In the first four books, it is quite critical of the efforts of the Ministry, but in the fifth and sixth books it starts slanting its news, particularly those stories that concern Harry, Professor Dumbledore, and Voldemort, at the request of the Ministry. In the final book, Harry Potter and the Deathly Hallows, what we see of the Prophet leads us to believe that it has become a Ministry-backed propaganda organ, publishing stories that are generated by Voldemort's Death Eaters in line with Voldemort's insane beliefs. Brought up in a country with a nominally free press, the student might find it hard to believe that a news publication could so quickly devolve into a party mouthpiece, but the sequence, when examined, is all too believable.

It is generally easier to apply effective pressure to an organization like the Prophet, than to a smaller publication like The Quibbler. We will find out that The Quibbler is basically a one-man operation, and does not need government access to continue operation. The publisher is also working out of personal belief, rather than for a job. If we look at the Prophet, particularly Rita Skeeter, we can safely guess that most of its employees are there for the money, and do not have significant emotional involvement in the slant of the news. This will make them less likely to fight a change in editorial direction, from opposing to supporting particular government initiatives, no matter how stupid they appear. The tendency to do the job as ordered, in order to keep receiving a paycheque, is all too human. 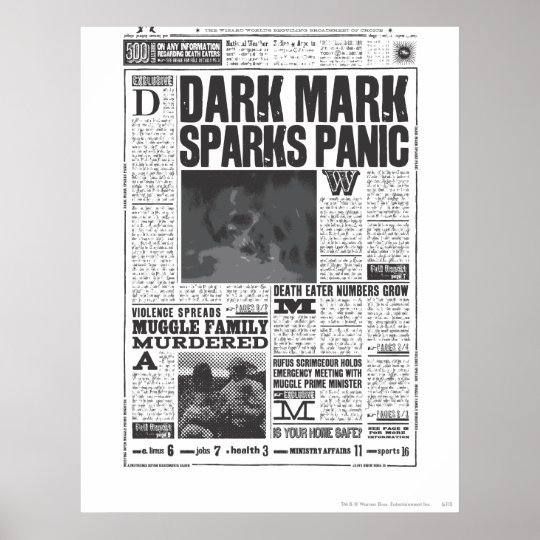 From the point of view of the final book, it is clear that the Prophet's bending to Government pressure to denigrate Harry and Dumbledore, which started in Harry Potter and the Order of the Phoenix, is the start of a clear progression that ends with the paper parroting Death Eater propaganda. We do not need to point out the parallel between the Ministry's influence over the Prophet, and the Ministry's increasing influence over Hogwarts though Harry Potter and the Order of the Phoenix; in both cases, it is obvious that the government, acting in an attempt at self-preservation, is simply gradually claiming power, using the existing power it has as a way to leverage more. In the case of the Prophet, it does seem that the amount of time it takes for the government to obtain complete control is somewhat compressed; against this, of course, we have to note the Death Eaters' willingness to use the Imperius curse to further their agenda.