Everyone's favorite officer is looking for a few good adventurers to help her raise money for a good cause. Through regular contributions, Disciples of the Hand and Land will be able to strengthen their ties with M'naago and experience the story of the Resistance Widows and Orphans Fund.

Final Fantasy XIV Patch 4.1, The Legend Returns, is scheduled to release in early October.Let’s see the main updates listed in the official forum. MmoGah (No.1 ffxiv gil and ffxiv power leveling selling website) lists all of the update points in the following parts. New Main Scenario Quests. Once you complete the new main scenario quest series, the official says that they believe you’ll.

Yearn no more, for 4.1 will introduce the relocation function, which allows you to move your individually or free company-owned building to a new plot. See more details. Storage will be added to all forms of housing, allowing residents to stow their furnishings. Thanks a lot for using my toolkit for Final Fantasy XIV!:D. Added all new items from patch 4.1! 18th 2017 Added all new items from patch 4.05! Added Hunt Tracker instances back in.:D; Jul. 13th 2017 Updated base stats to lv70. Removed Hunt Tracker instances. Added Ixion F.A.T.E. To the Hunt Tracker. Letter from the Producer Live XXXVIII aired during the Final Fantasy XIV 4th Anniversary 14-Hour Broadcast, sharing with us more information on Patch 4.1: The Legend Returns — due out in early October.In the summary below we highlight the major details, including an appearance by Yasumi Matsuno — who will be creating the “Return to Ivalice” alliance raid.

Stir the hearts of people the realm over with Perform! At last, a set of bard actions with which you can share the music in your heart.

A number of new mounts are running, soaring, and swimming their way here! The legendary kamuy, bathed in the light of Shinryu, and the enormous korpokkur kolossus are yours to command. If enchanted furniture is your preferred mode of transport, the flying chair offers unparalleled comfort as you take to the skies.

Be the envy of your fellow adventurers with these adorable wind-up toys.

These new hairdos are bound to leave an impression!

Express yourself! Warm up your fists of fury with Box and get your point across with the versatile Converse emote.

Players can now add any player on the same data center to their friends list, and even send them messages with /tell! Friends who are Worlds apart will feel closer than ever.

Last time I only talked about the story, but this time I want to talk about some of the new features in Patch 4.1. 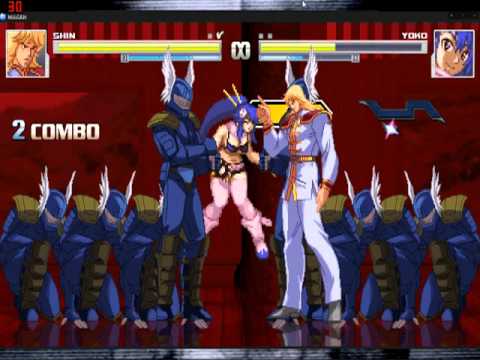 The new Rabanastre Raid is typical for an alliance raid. Lots of mechanics and most of them try to kill you. By now I’ve learned that it’s pointless to try to watch a guide beforehand for these things, so I just jumped in totally blind. (The guides out in the first week aren’t that great anyway. Video guides just drone mechanics at you in a monotone with background video that may or may not be related to what is being said. That means you, MrHappy. :) Thankfully I recognized many of the mechanics from previous instances. But some of them are brand new, especially on the last boss, and some explanation is needed. That first PUG wiped three times I think. (Though honestly I don’t remember dying on the last boss even though I had literally no clue what to do.)

Incidentally, a week after it was introduced, people are already whining about wipes. Seriously?

I don’t think Rabanastre is as hard as some of the previous raids were when they came out, but I’m not a great judge. I love the alliance raids, even the hard ones. I don’t feel any pressure to perform well in them, because I feel like I’m pretty invisible in a group of 24 people. They are like Rift rifts and GW2 world events in that regard (except you get awesome loot!). You know, unless I accidentally wipe the whole raid. But so far that’s never happened. I think. :) Also I think they specifically design the alliance raids so that even if a certain percentage of people have no idea what is happening, you can still get through them. (As opposed to the 8-man “real” raids, which are designed so that every participant needs to be on their game to at least some degree.)

The gear drops are item level 330, which is awesome for me, since I’m still wearing the drab green-and-orange item level 310 gear. The first drop I got was a pair of orangey-brown gloves, though, so I’m a bit dubious about what this gear is going to look like.

The Alliance Raid Roulette is a nice addition. I initially pondered on Twitter why anyone would need or want to go back to the level 50 and 60 tier raids. I have only done the raids at 50 and 60 specifically to get the endgame gear needed to do the next tier of activities, and/or as a casual way to get the newest tombstones. But Aywren rightly pointed out that these raids are now a useful leveling activity for getting from 50 to 70, which currently isn’t a very easy path after you finish the Main Scenario Quest on your main job. At least it isn’t for me. I almost wonder if they are intentionally making it more difficult to level alternate jobs above 50, passively urging people to choose and stick with a “main” job for endgame.

I really haven’t played very much FFXIV for the last couple of months. The only thing of any note that I’ve accomplished is sending my Adventure Squad on missions now and then. They reached Rank 2, which conveniently is the requirement to try out the new Command Missions in 4.1. (Incidentally I seem to be “stuck” at rank 2.)

My first Command Mission was the dungeon Halatali. I played my lowly level 26 Rogue class. Running Halatali with the AI squad was like no PUG experience I’ve ever seen. :) Trying to get my squad not to stand in the purple AoE on that last dragon was quite a chore. I can’t say it was terribly fulfilling, compared to a human run. But it had the very impressive advantage of popping immediately as opposed to waiting thirty or forty minutes in a DPS queue, and of course no human interaction was required. I even gained a level, so not bad. I only did that dungeon once, though.

Next I tried Toto-Rak, the dungeon that almost every human player I’ve ever seen groans about whenever it pops for a PUG. I always want to apologize when I’m at that level. Rest of group doing leveling roulette: “Oh god, not THIS dungeon!” Me: “I’m sorry, I’m sorry, it’s the best dungeon I can do at this level!” I personally don’t mind it, but there’s a lot of mindless running toward the end.

Anyway, armed with the knowledge that my AI companions would be behaving like drunk teenagers, Toto-Rak went a little better. I abandoned any pretense of using “normal” dungeon behavior. My basic strategy now is to run headlong into each pull and attack the nearest mob, then switch to whoever the tank decides to attack, which may or may not be the mob I started with. (I have a macro key that selects the tank’s target.) It’s faster than trying to direct the tank to “engage” first.

The last boss in Toto-Rak, unfortunately, is a chaotic mess that basically boils down to a DPS race of me killing the boss before the mechanics overwhelm the party. Sometimes I die and have to run all the way back through the slime that slows you down, and it’s annoying. But still, I gain levels very fast, so it’s a minor inconvenience. It’s far, far quicker than waiting for real dungeon queues if you’re a DPS.

The command missions are great for leveling alts, but I don’t think they are very good at teaching dungeon behavior. The AI tank behaves strangely, and the AI DPS pulls threat almost constantly. The AI healer is generally okay… it even does some DPS, apparently afraid that the AI party will yell at it for slacking back in the squad room.

If, like me, you thought you could learn to tank better so you could do more PUGs as a tank and maybe even level a tank somewhere closer to the endgame, you might need to rethink. I tried to tank normally using my Gladiator job, trying to maintain threat on everything. I pull a mob, then watch as my party attacks the other mob, pulls threat instantly, and I’m left fighting one mob while the party fights the other mob(s). I gave up and went back to the above method. I pull something, the party attacks whatever they feel like, which is usually not what I pulled, but it doesn’t matter because eventually everything dies.

Admittedly Gladiator is the worst at establishing threat at low levels, and back when I tried to tank, “real” dungeon runs typically went roughly the same as I just described with me trying to chase mobs all over the place to regain threat because DPS just blasts away without giving new tanks even one second to establish threat. (Insert comments from veteran tanks saying, “It’s so easy! Just do so-and-so and everything sticks like glue!” Sure, okay, whatever. :)

Bottom line: Command Missions are fantastic for gaining alt levels fast, not so great as a learning tool.

As for what they do for your Adventure Squad, I have no idea. :) It doesn’t look like much.