We're updating our policies! Please read the Message from the Editor for more.
Check BulbaNewsNOW for up-to-date Pokémon news and discuss it on the forums or in the Bulbagarden Discord server.
From Bulbapedia, the community-driven Pokémon encyclopedia.

Episode 1138 Chloe & The Mysterious Eevee Airdate: Episode 1125 Making Battles in the Sand! Synopsis Pictures Episode 1126 I Am Back! Nice to See You, Alola! Directed by Masamitsu Hidaka, Fred Butter, Beatrijs Sluyter. With Rikako Aikawa, Madeleine Blaustein, Michael Haigney, Keiko Han. The gang finally reach Prof. Ivy's lab and find the mysterious G.S. The Quagsire with Ash's GS Ball shoots it than the others. Then, the GS Ball comes down and begins to flow downstream, where Ash instinctively rushes after it. Back in town, the rest of the townsfolk gather their belongings as they float down the river. Ash's GS Ball floats down the river as the last item, which Jenny scoops up and hands to Ash.

Secrets of the GS Ball by Jennifer L. Johnson is the twenty-fourth book of the adaptation of the Pokémon anime and the eighth in the Johto Journeys series. It was published by Scholastic in September 2001 and is 88 pages in length.

This book follows the plots of the anime episodes A Shadow of a Drought, Going Apricorn!, and Gettin' the Bugs Out.

What's Bugging Ash?Ash heads to Azalea Town to battle for the Hive Badge. But first he has to finish a top-secret mission for Professor Oak. The mysteries of the GS Ball are about to be revealed --- or are they?

Along the way, Brock catches a new Pokémon and Team Rocket messes things up again. Then Ash finally faces off for his second Johto League badge. Will he squish Bugsy's swarm off Bug Pokémon? Or will he suffer the sting of defeat? 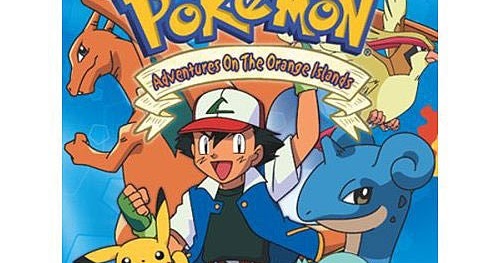