Insted was created in the spring of 1986. After writing a handful of songs they began playing backyard parties and garage gigs. By the end of the year they had developed a following in Anaheim and decided it was time to record a demo. In 1987 they caught the attention of local hardcore label Wishingwell Records, ran by Pat Dubar and Pat Longrie of Uniform Choice. They signed a deal with them later that year, wrote more songs, and began opening for some of the bigger bands at venues all across Southern California. By the time they finished the recording of what would become the 'Bonds of Friendship' album, they had opened shows for national acts and expanded their following throughout Orange County. Before their first record was released, the band line up was solidified and they we’re ready to take their show out on the road. This would bring us to the summer of 1988, in a time when the straight edge-hardcore movement was growing. Insted embarked on their 1st national tour and began their system of touring, coming home and writing new songs, playing locally, recording, and then going back out on tour.

These were the key ingredients that defined Insted and would earn them an important spot in the hardcore punk scene. In the spring of 1989 they flew to New York to do some dates with Vision and strengthen their relationship with the East Coast. That summer they released the 'We’ll Make the Difference' 7' on Nemesis records and were back in the van for another full U.S assault.

That summer they shared the stage with bands like Gorilla Biscuits, Bold, Uniform Choice, Slapshot and Reason to Believe. Upon returning home, they were offered a record deal from Epitaph Records in which they accepted. Insted’s following had steadily grown and they were now headlining 1000 seat venues and drawing massive crowds. During the recording of 'What We Believe' they made plans to expand their borders and tour Europe. But at the end of 1990, shortly after 'What We Believe' was released, America went to war with the Middle East. Due to the circumstances they were unable to ship equipment over seas and decided to stay in their homeland. In the spring of 1991 they did another national tour. They were now sharing the stage with bands like Judge, Snapcase, and the Cro-mags. The hardcore sound of the early 80’s that they were so familiar with was changing. It was turning into a hard metal edge sound and the attitude of the scene reflected it. Bands that they looked up to like Uniform Choice and Youth of Today were broken up and their old time favorites Minor Threat and 7 Seconds were long gone.

When they returned from tour they began working on new material but felt out of place. The band had built its reputation on respect and integrity. In July of 1991 they decided to do a final show and bow out gracefully. Spanky’s Cafe in Riverside was one of their favorite spots and a perfect host for their humble grand finale. They made sure to include on the bill a few of the promising up and coming local bands.

Over the years Insted traveled throughout the country making friends and building a legacy that ingrained them into hardcore history. To this day the friendships they built are still in tact and their legacy lives on.

Indecision was a prolific hardcore band which was started in Bay Ridge, Brooklyn in 1993 and officially disbanded in the summer of 2000 though they still play shows occasionally for charity.

Indecision is known for their song 'Hallowed be Thy Name'. The song features the lyric 'For those I love, I will sacrifice' that fans across the world have turned into a tattoo. [1][2] Most famously, the image of the tattoo on the ribs of a 19-year-old US Army Infantryman named Kyle Hockenberry being treated in a medevac helicopter following an explosion that cost him both of his legs and one arm. The photo was taken for a military newspaper and went on to win photographer Laura Rauch an award from the Society of Professional Journalists.[3][4][5][6][7]

Formed in 1993 in Brooklyn, NY, disbanded summer 2000 in El Paso, TX. Notorious for their tireless work ethic, Indecision toured the world until exhaustion, literally. They released three full length albums, as well as countless 7's and EPs. Took pages from Sick Of It All, Agnostic Front and the Cro-Mags as well as the West coast sounds of Unbroken, Undertow and Outspoken and created a sound of their own. Indecision is revered for their uncompromising integrity. Inspired some, hated by many but ultimately respected by all.

The band members—guitarist Justin Brannan drummer Pat Flynn, bassist Steve Bago and vocalist Tom Sheehan (who was replaced by Artie Phillie in 1998) -- met while attending Xaverian High School in the Bay Ridge section of Brooklyn. The band added second guitarist Rachel Rosen after having met her while performing live on her infamous WNYU radio show, Crucial Chaos, in 1996.

Initially Indecision played mostly in local clubs. Over time, a lot of the venues in their neighborhood closed down, which prompted them to take a larger step and lead to the bands integration into the New York City hardcore scene. In the early days, the band would often show up to gigs all in one car, with their equipment tied to the roof with Bungee cords.

Justin Brannan recounts these early days in the liner notes to A Hard Rain's Gonna Fall:[9]

Fort Hamilton High School Auditorium in Bay Ridge, Brooklyn, New York. The infamous 'Battle of the Bands'. Our first show as Indecision. Also playing was Out of Line, Confusion and Purge. Indecision had a different drummer, two guitarists and two bass players at the time. What the fuck were we thinking? We used to tie Bago's bass cabinet to the roof of his car with fishing rope and drive to the shows like a caravan. 5 U.S. tours, 2 European tours, almost 300 shows and 5 years later - here we are. Indecision in late 1998. [...]

The band was first noticed for its insane live shows at The Wetlands Preserve. Indecision, being a relatively new band at the time, would often open up the Sunday matinees. After they had finished their set, the club would quickly empty out. This only added to their mystique and quickly built a cult following. 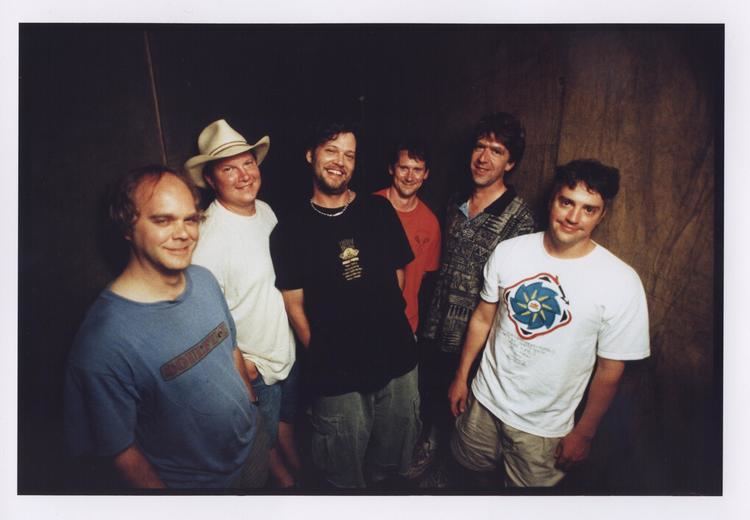 Relentless recording and touring kept the band relevant long after many of their contemporaries faded away. Inspired by bands like Black Flag, Indecision embarked on voracious trailblazing tours, and it became their trademark usually spending a solid 9 to 10 months a year on the road. They were dubbed 'The Working Man's Band' for their affinity to tour cities and countries that other bands wouldn't dare.

Indecision also showed its appreciation for its home Brooklyn as well as New York City -- which they regularly labeled 'Gotham City' on merchandise --.

The former Indecision-members Justin and Rachel are now in the hardcore band Most Precious Blood on Trustkill Records.

The band released their first recording in 1993 on a 7-inch released by R.P.P., a then small Belgian hardcore label. Over the next 7 years, Indecision would tally over a dozen 7-inch singles on a number of different labels, including many limited color vinyl and special edition covers. The band got known on a very grassroots word-of-mouth level from New York City to Thailand, where Indecision remains one of the most popular underground American bands to this day.

In 1996 they signed with WreckAge/Exit Records family and would release 3 albums with the label over the next 3 years: 'Unorthodox', 'Most Precious Blood' and 'To Live and Die in New York City', all of which showed off their slightly metal-tinged brand of thought-provoking hardcore (which managed to express anger and injustice without being hateful).

To Live and Die in New York City

In 1998, 'To Live and Die in New York City' was their first album to feature the polarizing Artie Phillie on vocals (whom the band befriended and poached from noise-crust-punk labelmates, Milhouse), but the album retained the straight-ahead style that their other releases possessed.

The album featured an eerily prophetic manipulated photo of the Manhattan skyline, including the World Trade Center, completely engulfed in flames. Post-September 11 the album cover was banned in many places.[citation needed]

The song 'Purgatory' features an audio sample about the Union Carbide tragedy in Bhopal, India. In December 1984, a gas leak at a Union Carbide India Limited plant in Bhopal, India, results in tragic loss of life in what is known as the Bhopal disaster, when up to 20,000 people lost their lives.[10]

In 1999 they tried their luck at another label, putting out Release the Cure on M.I.A. Records (and on Overcome Records in Europe). This, arguably their most highly acclaimed album, would be their last.

The lyrical content was notably more socio-political with songs questioning the government and health care and conspiracy theories in regard to AIDS and cancer research. It was the first album recorded with full songs with singer Artie...formerly of the band Milhouse. Tom Sheehan was singer previous and now for MOst Precious Blood

Indecision was notoriously outspoken. Most of their album art and merchandise was somehow controversial. The band always claimed it wasn't done maliciously or hatefully, but to 'stir-up a dialogue and inspire free-thought and discussion.'

The bands tour stories have become legendary. During their first European tour in 1997, after having played a show in Wels in front of a handful of people at an indoor skate park with Flatline and Racial Abuse the band was stopped at the Austrian border on their way to Zagreb. The members were strip searched and held for hours, while the van was disassembled by the customs officials. Another incident happened on the last day of a tour in Quebec in 1999, when they had all their money and merchandise seized.

A follow-up to 'Release The Cure' was in the works and tentatively entitled 'The Curse' but the band broke up before anything was recorded.

Indecision disbanded after a show in El Paso, Texas while on tour with Kill Your Idols on June 7, 2000.

This entry is from Wikipedia, the leading user-contributed encyclopedia. It may not have been reviewed by professional editors (see full disclaimer)