Command and Conquer 3: Tiberium Wars is a preliminary form game just accessible for Windows, being essential for the class PC games with subcategory Strategy (all the more explicitly Real Time Strategy) and has been made by Electronic Arts.

It’s accessible for clients with the working framework Windows XP and earlier forms, and it is accessible in English. The current form of the program is Demo and was refreshed on 2/28/2007. 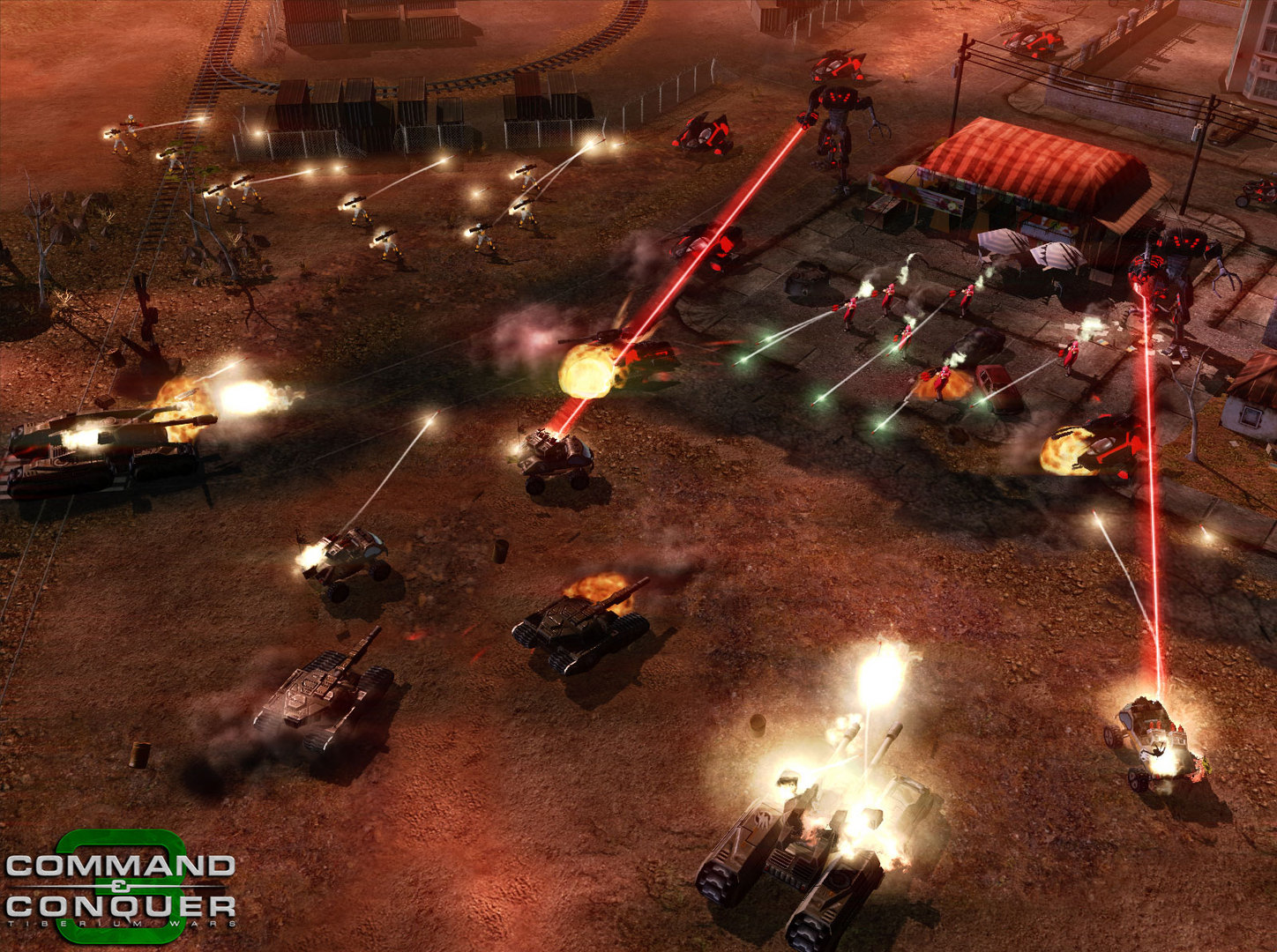 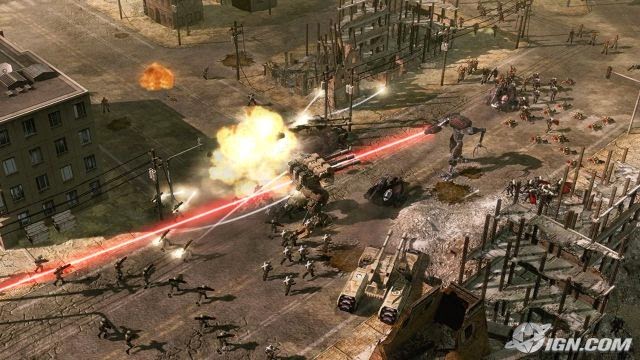 Command and Conquer 3 takes us to the year 2047, when Kane, head of the GDI (who should be dead) returns to confront the NOD once more, when another power (the outsiders) becomes possibly the most important factor, beginning another war and transforming the fight into a three-sided military showdown.

Through a progression of film scenes that will acquaint us with every mission before the mission mode, we will know the improvement of the battle, where the units that can be utilized will be a large number of those that we definitely knew previously, yet additionally a great deal of new ones that make their introduction in Tiberium Wars.

Since the game has been added to our determination of programming and applications in 2007, it has gotten 219.310 establishments, and a week ago it accomplished 81 establishments. About the download, Command and Conquer 3: Tiberium Wars is a generally light game that doesn’t require as much stockpiling than the normal program in the class PC games.

They're Here, And Lando Calrissian knows it. 'This is war against an enemy unlike any that mankind has ever seen!' screams a wild-eyed Billy Dee Williams, hiding out in an Icelandic bunker as the alien menace thunders overhead. 'If you don't use everything in your power... If you don't use every asset available to fight this war right now... Then you are failing every man, woman and child on this planet!' Then suddenly, he mellows. 'Do the right thing commander... That's all I can ask... Do the right thing...' Ladies and gentlemen, the FMV has landed - and so have the new faces in the third act of the Tiberium Wars.

Hie first place they strike is fair London town, a 'blue zone' city unaffected by the crystalline tiberium plague that's turningour planet into a toxic, yet energy rich, wasteland. 'The GDI unambiguously sees them as the invaders: they show up, their intentions are hostile, they start laying waste to cities and fighting both GDI and Nod troops,' explains C&C3 executive producer Mike Verdu when I quiz him. 'Kane, on the other hand, keeps on referring to these guys as 'the visitors' - and it's clear that there's some kind of agenda...'

But what does this mean for the C&C franchise? The delicate balance between the solid, dependable, build-and-conquer GDI and the sly, finesse and stealth techniques of the Nod is about to be trampled upon merrily - and one false move could spell disaster for the Westwood enclave at EA. So with such an unflinching juggernaut of a franchise, just how very dare they shake things up?

There's more than a touch of World of Warcraft's Draenei to C&C's friendly neighbourhood alien invaders - perhaps it's in their shimmering light blue colourings and rather bulbous crystalline vehicles and units, although there's also a vague insectoid nature in there too. They've been camping out just beyond the orbit of Neptune you see, and they've been there for generations - just waiting for when the time is ripe and juicy for an attack. And that time would appear to be 2047.

Now I don't want you to start thinking that the very fabric of C&C is being broken (for better or worse that certainly isn't the case), but the invaders are strikingly different in concept from anything the series has seen before.

'To some extent we've named the alien units as they would be perceived by GDI and Nod. so the basic alien infantry are called buzzers, picks up Verdu as we hover behind one of his accomplices, busily playing through a GDI mission set in the battered shell of Cologne in Germany.

'To a GDI soldier on the field they would seem to be a cloud of intelligent flying razor blades. They flock and swarm almost like a swarm of particles across the battlefield; when they come into contact with you, they spin around and cut you to shreds.' As he finishes, a tripod with wavy medusa tentacles sprouting from its top appears, firing independent laser blasts in every direction and making strange squeaking and screeching noises. It's instantly noticeable too that it's shrouded in the aforementioned alien infantry buzzers...

'Yes. They can also combine with other alien units, so you essentially get this protective cloud,' nods Verdu as the GDI scream for help on the monitor below us.Don't mistake this for the reinvention of the wheel though. Yes, the invaders have warp bubbles that summon units through wyrm-holes rather than the traditional conveyor belt approach. Yes, they can summon and control flashy ion storms that boost their own units while hassling others; and yes, they even have a unit that gobbles up tiberium, then pukes it all up over passing human troops and incinerates them. However, the new C&C faction still works very much in the venerable build/harvest/rush/ defend fashion. This isn't a Supreme Commander-style rethink of the RTS genre - it's a consolidation of years and years of the C&C franchise: slick, pretty, effective, mega-budget and (E.T. totally withstanding), back to basics.

So You're Back, Commander?

I soon discover this for myself when I'm pitted as GDI against a fellow journalist who's limbering up as a servant of Kane. While I'm immersing myself in the familiar procedures of building power stations, sending out harvesters and wandering up the production ladder, I can't help but notice how slick everything is.

Hip friendly C&C toolbar may be iconic, but in C&C3, its use has been streamlined -it's almost iPod-like in its ergonomic yet deep design. Much as I hate to parrot the promises made by Verdu when I interviewed him back in May, the whole affair does feel crisp, clean and vital in a way that few RTSs have ever mustered.Soon, I've mustered a happy collection of Mammoth tanks, goliath Juggernaut walkers and a smattering of Orca gunships. Now, I'm in the mood for something a little more substantial than the sniper/infantry and flametank/pitbull confrontations my Nod adversary and I have been sharing at the crossroads at the centre of our urban map. Leaving behind a skeleton defence force, I send my chaps to the north-east of the map, ready the airforce and click and select one of a few applicable formations. Then I set walker and buggy alike, travelling at the same speed into the jaws of the valley of death. As soon as my planes leave the airstrip however, a huge Nod force decloaks a fraction to the south of my base and the counter-offensive massacre begins. 'Wanker!' I exclaim loudly.

Heading my opponent's attack force, in front of a flotilla of stealth tanks, is an Avatar War Meeh, a 40ft bipedal creation that the Nod commander can upgrade at his whim. Fancy nicking the flame-thrower component from a flametank and sticking it on? Go for it. Think a stealth field generator would help your walking metal hulk camp outside the enemy's base? Then pluck one from a stealth tank.

Either way, what Mike Verdu casually calls a 'flame-spewing, beam-firing, stealth bipedal robot of death' is bearing down on my base with surprising vitesse. Now if my defence force weren't scampering back through a Tiberium patch several miles away, and if I had any engineers who weren't being toasted in a beautiful billow of flame by a flametank, then I might have been able to knock the damn thing down - and take it over myself. As matters stand, however, I'm pretty well screwed.

As the dust settles on my ignominious defeat, I sit down, steal a consolatory pain de raisin from a nearby journalist feed-trough and have a good old think. Command & Conquer 3 is dead-set on providing the well-trodden, clean, solid RTS experience that both the diehard fans and marketing execs demand - again, it's not a revolution. But at the same time, there is an unknown factor.

The Tiberium universe may have been crying out for an injection of mystery and wonderment, but are these blue fellas the ones to do it? Are their otherworldly Gipers and visuals a little too 'out there' for a series that's previously defined itself on flames and hard steel? At the same time, will their cool ion storms and razor-blade infantry prove to be gimmicks cut-and-pasted over a well-worn template? To be honest (and I'm aware that I'm paid to have opinions about this kind of thing) it's impossible to tell yet - I haven't seen enough.

What I can tell you is that the rudiments of the game are pixel-perfect. The undimmed joy I felt as I heard the first harvest of tiberium trickle into my refinery completely obliterated the many lingering doubts I had about Command & Conquer: Generals.More than any of the seguels and spin-offs, Tiberium Wars genuinely feels like a dyed in the wool C&C game. The FMV sections (a series hallmark) arc priceless - and the prospect of having extra-terrestrial FMV sections in the alien campaign (EA will only say that the seguences 'won't be live action') is certainly intriguing. Will the visitors be talking to you, the alien commander, through a series of clicks and whistles? Will you crush Kane and Michael Ironside alike, squishing them under your blue insectoid/crystalline leg-like appendage? Watch this space, commander.