Unbroken was a hardcore band from San Diego, California. They were influential in the Southern California hardcore scene during the mid-to-late 1990s. The band chose the name Unbroken because they wanted to emphasize their dedication to the straight edge philosophy of drug abstinence. However, most of the members have since given up this belief.

Even straight edge was still prevalent. Unbroken came from Southern California and became one of the most important bands of this era and their album Life. Is easily one of the best, if not the best, piece of music to come from the period. Unbroken was the epitome of the early-mid '90s hardcore. Was truely a special achievement for 'just' a hardcore band. It is a moving piece of pure art. There is more meaning in these songs than anyone will ever fully be able to fully appreciate.

The band’s members were also in the groups Struggle, Swing Kids , Kill Holiday, Julia, Some Girls, Smooth Man Automatic, Johnny Angel, Stabbed By Words, and Over My Dead Body before, during, and after Unbroken’s existence.
Guitarist Eric Allen committed suicide 3 years after the break up of the band. The band reformed soon after Eric’s death for 1 show as a benefit to Eric’s family.

This is probably my favourite hardcore record. The emotion going through this record is too intense to put to words. Musically it very much sounds like the 90's. Heavy, slow (with some fast parts defintely influenced from Slayer,) and powerful from front to back. Lyric wise it's honest and comes straight from the heart...a heart full of bitterness and hate. Life.Love.Regret is definitely one of, if not the most, influential albums in heavy hardcore.
BONUS: Courtesty of xSTUCK IN THE PASTx here's the original inserts. 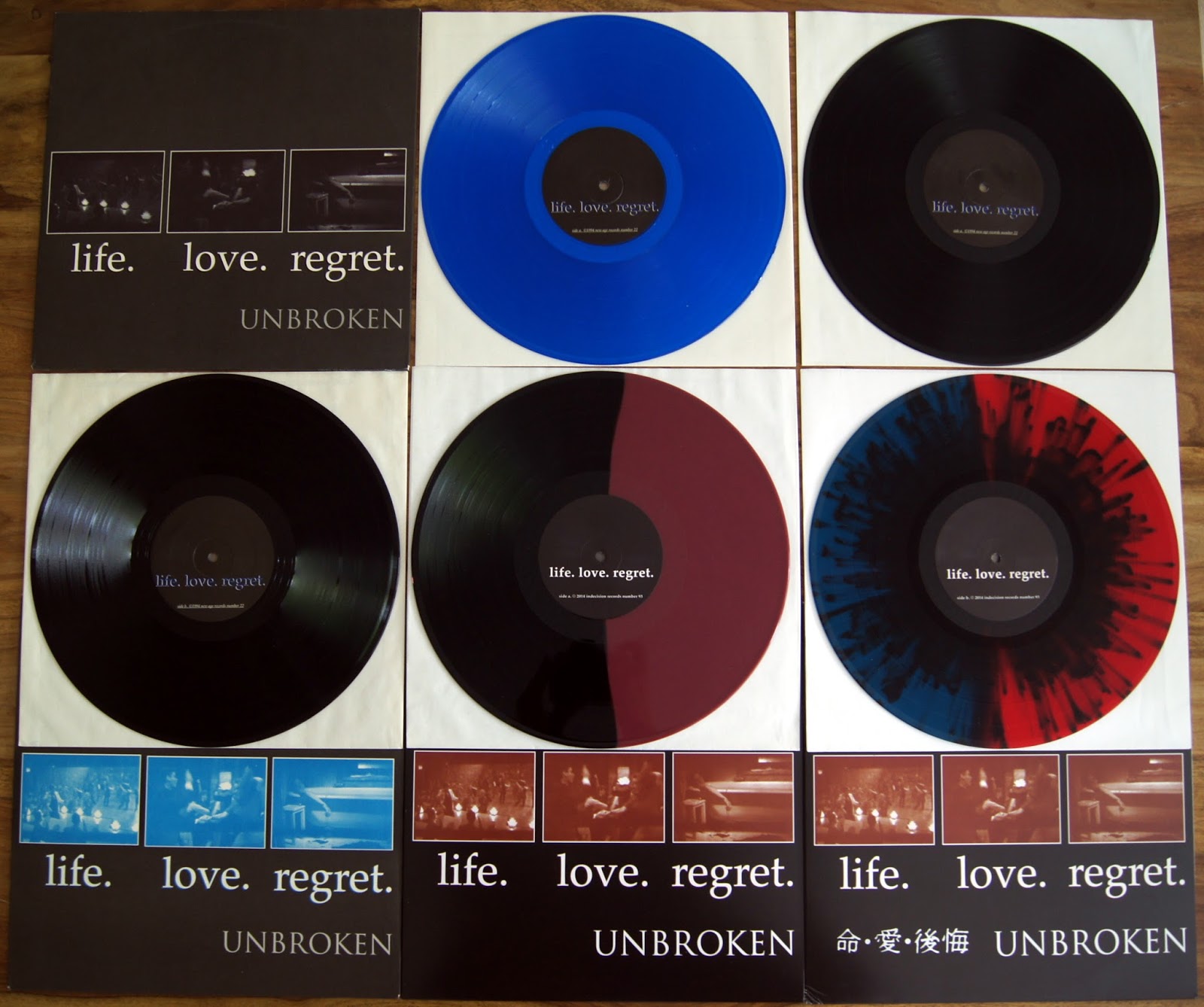